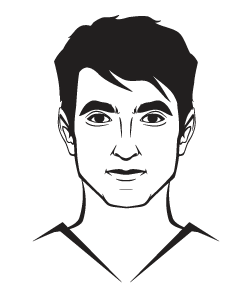 After struggling for a long time at work, I realized that there had to be something else I could do to make my life a little better. I began doing everything I could to improve workflow while preventing injury, and a friend of mine told me about how to use machinery in a more efficient way. I talked with them about how to make some changes, and it was really neat to see how much more efficient the system could run. I wanted to use this website as a launching point for creating a brighter, more interesting workflow in your place of business.

If You Have The Chance, Use Metric Fasteners Instead Of Standard/Imperial

Fasteners for machinery, equipment, and parts can be measured using the metric system or the standard U.S. If you are constructing equipment, even if you're in the U.S., it's better to use metric fasteners instead of inch-based fasteners. You'll find a wider audience for your products, and you'll have an easier time dealing with variations that require other fastener sizes.

Much Easier to Increase or Decrease in Size

If you build a piece of equipment that is supposed to be proportionally smaller or larger than another piece, it's a lot easier to increase or decrease the size of a metric fastener than it is to increase or decrease an Imperial unit. You are not dealing with any strange scales or terms; instead, you have a nice base-10 system that divides and multiplies very neatly. Obviously, you can use the standard system for proportional increases or decreases, but metric is simply easier.

The Values Are Standard Across Countries and Languages

Metric values are the same across countries. A millimeter in Australia is the same in the U.S., Italy, Namibia, and every other country and language. That actually can't be said for Imperial or U.S. units. Believe it or not, an inch in the U.S. used to be slightly different than other parts of the world. They were standardized in 1959, so now they refer to the same length. But get a hold of an older piece of machinery, and you might find that the inch-based fastener on there is not the length you think it should be. You're not going to have this issue with metric measurements. Whenever possible, use metric fasteners.

If your facility uses a lot of equipment with U.S. standard/Imperial measurements, you may want to consider phasing out the use of fasteners that use that system. Convert the measurements to metric and get those fasteners on the equipment to avoid future issues. For more information about metric fasteners, reach out to a local supplier.